Sandulli Grace In The News 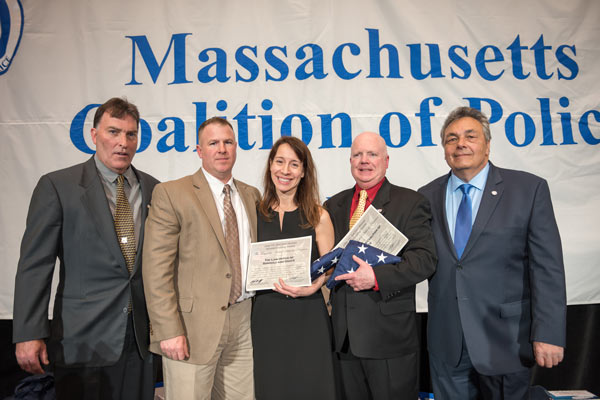 On Friday April 3, 2015, at the Massachusetts Coalition of Police’s annual President’s Dinner, United States Army Sergeant Major Craig R. Chapman honored Sandulli Grace and MassCOP for the services they provided to him while he was stationed at Guantanamo Bay, Cuba in 2014 during Operation Enduring Freedom.

At the President’s Dinner, I was deeply honored to accept from Sergeant Major Chapman a presentation flag of the United States, and a certificate stating,

The Flag of the United States of America

The Law Office of Sandulli and Grace

“This flag was proudly flown over Camp VII in Guantanamo Bay, Cuba, on 11 September 2014.  This flag is presented to you in the spirit of patriotism as a tribute to those who lost their lives during terrorist attacks on the United States of American and on behalf of all Soldiers, Sailors, Marines, Airmen, and Coast Guardsmen serving under Task Force Platinum who continue to fight in the Global War on Terrorism.”

During his presentation of the flag, Sergeant Major Chapman urged all MassCOP members to work with the 23 members of the MassCOP Executive Board to make MassCOP even stronger, through open communication and collaborative problem solving.