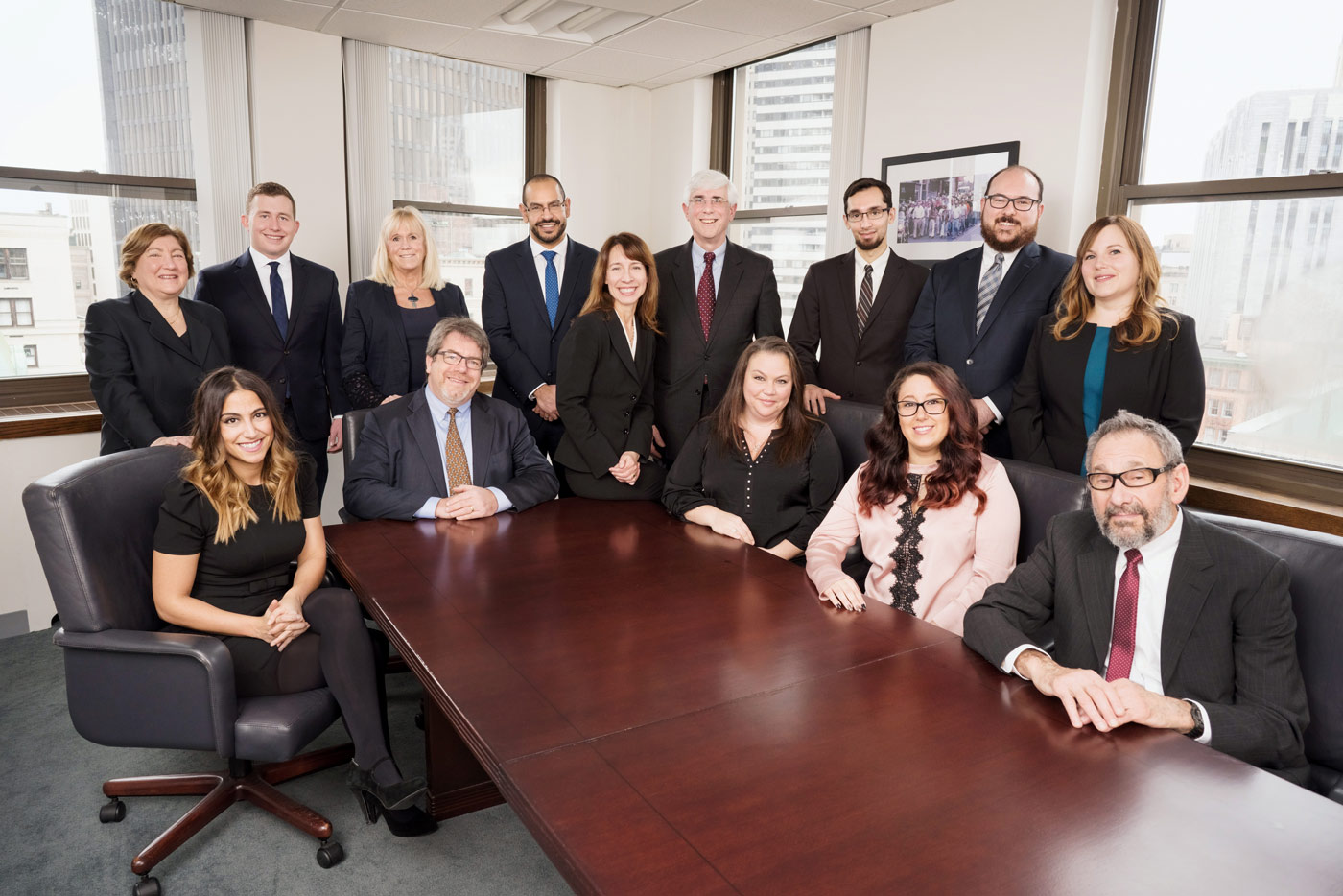 Sandulli Grace, P.C. is a unique firm because all of our attorneys focus on only one goal: devoting the highest possible level of legal expertise to the representation of labor unions and their members. In the public sector, we represent police officers, firefighters, public school teachers, municipal employees, emergency medical technicians, parole officers and environmental police, among others. Our clients work for cities and towns, counties, the Commonwealth, and the MBTA. We also represent a wide range of private sector unions, including radio and television broadcast technicians, Raytheon production and maintenance employees, racetrack workers, university police, and security guards in the federal courts. In addition, we represent individual employees in all aspects of employment law.

For over 40 years, the lawyers at Sandulli Grace have been providing the highest level of legal representation to the New England labor community. Concentrating in union-side representation, our attorneys have, collectively, hundreds of years of legal experience.

On April 1, 1977, Joseph G. Sandulli founded what would later become Sandulli Grace, P.C., by opening his own law practice on Mt. Vernon Street in Boston. He was also at the vanguard in forming what has since grown to be the largest law enforcement union in Massachusetts and New England. Organized in 1979 with just five local police departments in the Worcester area, the Massachusetts Coalition of Police (“MASS C.O.P.”), now consists of over 4,500 members with locals in over a hundred cities and towns in the Commonwealth. Joe Sandulli is truly a pioneer in public sector union-side labor law.

With Kenneth A. Grace joining in 1982, the firm continued to grow – both in lawyers and areas of practice. In 1992, the firm began working as outside counsel for the Massachusetts Teachers’ Association (MTA), the state’s largest education union, with membership exceeding 100,000 educators, administrators, and support staff. One year later, the firm became labor counsel to the Boston Police Patrolmen’s Association (“BPPA”), serving the union and its 2,000 members, including both Boston Police Patrol Officers and Boston EMT’s and Paramedics.

The 12 lawyers at Sandulli Grace also take an active role in the labor community, sponsoring educational seminars, teaching at the Labor Guild, publishing monthly articles in union newsletters as well as in our own blog, and, since 1995, hosting our own annual ‘May Day’ celebration to show appreciation and thanks to all in the labor community.
Since its inception, Sandulli Grace has earned a reputation for excellence in the legal community. Through aggressive and expert representation as labor advocates, always refining our existing skills and adapting and expanding into new areas, our attorneys are proud to have distinguished Sandulli Grace on behalf of our union and employee clients.

We pride ourselves not just in fierce advocacy for our clients, but also in our commitment to the labor movement and the values of social justice it embodies.